The Financial Hijacking of the American Revolution

How America was tricked into becoming capitalist

Can America’s gigantic national debt – now officially surpassed a breathtaking $31 trillion – be paid back at all?

The answer is that the debt is amazingly easy to repay – provided that you know the trick!

A summary
THE FINANCIAL HIJACKING OF THE AMERICAN REVOLUTION – HOW AMERICA WAS TRICKED INTO BECOMING CAPITALIST is the title of a stand-alone book that represents the last 17 chapters of Part 2 of Per Lundgren’s trilogy CAPITALISM EXPOSED – AN UNPRECEDENTED POLITICAL AND ECONOMIC FRAUD. It’s about a little known, but dramatic period in US history that was marked by deceit and deception, and which has had major consequences down to our days. These events unfolded back in the new nation’s dawn.

To understand how America was lured into become capitalist, one must go back in history until the early 1700’s and understand what life was like in the original 13 American colonies under the leadership of social visionaries like BENJAMIN FRANKLIN. There is, as many Americans know, a period in American colonial history called “the good years”, when there for quite some time (about 1720 – 1750) existed a relatively, yes, even a startlingly, developed social welfare in the American colonies, despite them at that time being under the jurisdiction of the English Crown, and therefore subordinate to England ́s will, the motherland where conditions were quite different.

In Benjamin Franklin’s society during “the good years”, unemployment and social exclusion were virtually non-existent, and the economy flourished. Particularly Benjamin Franklin was the great architect of this prosperity. A note from the American colonial history: Benjamin Franklin visited England several times as the official colonial representative. At one point the English officials asked how it was that the colonies managed to collect enough taxes to build poorhouses, and how they were able to handle the great burden of caring for the poor. Franklin’s reply was most revealing: “We have no poorhouses in the Colonies, and if we had, we would have no one to put in them, as in the Colonies there is not a single unemployed man, no poor and no vagabonds.” He went on to explain the underlying reason for this: “It is because in the Colonies we issue our own paper money. We call it Colonial Scrip, and we issue only enough to move all goods freely from the producers to the Consumers; and as we create our money, we control the purchasing power of money, and have no interest to pay.” (Quotations are taken from the internet).

Less well known is perhaps the background of these “good times”. The root cause of these was Franklin’s deep knowledge and understanding of the old and extremely smoothly functioning English socio-economic TALLY SYSTEM, which had been invented by the medieval King Henry I and then applied with great success in England for hundreds of years. As mentioned, Benjamin Franklin was very familiar with this system, and introduced an enhanced version of it into the colonies, first in Pennsylvania, from where it later spread to other colonies. Henry I’s tally system was characterized by the king, and he alone (“the Crown”), having the full power over society’s money, the so-called tally sticks – not bankers, as in a capitalist society. Franklin did not use wooden sticks (tally sticks) as Henry I did, but instead used paper money (colonial script), which had the same function, manufactured and administered by the Colonial Board of Directors (the popular representation).

What is important here was thus that in Franklin ́s society it was the colonial Board alone, not bankers, that had power over society’s money. This was a thorn in the flesh of the contemporary English bankers, and the reason that England finally decided to sabotage Franklin’s socio-economic system. This was done partly in 1751, partly in 1764, when the English in those years introduced two laws in the colonies to counter Franklin ́s system, the so-called CURRENCY ACTS. These laws basically forbade Franklin’s tally-like system, and instead decreed a Central Bank economic, i.e., capitalist, principle, that society’s money was to be borrowed at interest from banks.

It was not long after the introduction of these laws’ that the colonial societies changed drastically for the worse. Unemployment, social exclusion and poverty quickly became the new hallmark of these communities. This naturally caused a growing and widespread discontent among the public over time, especially as the people had not yet forgotten “the good years”; they had SOMETHING BETTER TO COMPARE WITH. (In this connection it may be mentioned that the famous British writer GEORGE ORWELL in his classic novel “1984” discusses the question of how a given power elite should act to maintain power once it has been attained. One risk that the power elite runs is that the “masses”, i.e. ,the public, will have reason to rebel. Here is what Orwell says: “The masses never revolt of their own accord, and they never revolt merely because they are oppressed. Indeed, so long as they are not permitted to have STANDARDS OF COMPARISON [my emphasis], they never become aware that they are oppressed.” Orwell also says: “If it once became general, wealth would confer no distinction.” It was the public’s above-mentioned immense dissatisfaction with society’s deterioration that was, NB, the true cause of the American Revolution – nothing else. The ideal of the revolutionaries was the recollection they still had of “the good years”; it was the restoration of Franklin’s society that was the revolutionaries’ dream and goal. Several generations of American youth have subsequently been brought up with a societal lie, i.e., falsification of history, that it was a yearning for freedom from English supremacy that was the primary cause of the revolution in the 1700’s, but that is not true. It was the desire to restore “the good years” that triggered the revolution. The desire for freedom and independence from England arose only at a later stage.

As we know, the colonists won over the British and gained their independence. But it would quickly prove to be a Pyrrhic victory, because though they certainly won the battle against the English Crown, they lost the war against the English bankers. Early on, when the new proud nation of the United States of America was formed, betrayal and treachery came into the picture. The US Constitution is in many respects a masterpiece as a basis for popular democracy. But the observant reader will see, in at least some parts of the text of the Constitution, clear evidence of the conspiracy that lurked in the background. For those with the perception to recognize it, it is obvious that the revolutionary ideals, with Franklin ́s social system at the forefront, were deliberately sabotaged. It was not to be as the revolutionaries had initially hoped, that the state, i.e., the Government – an extension of the people – alone would hold the power over society’s very foundation, i.e., society’s money. Instead, the state had to accept sharing that power with a much stronger partner, which was soon enter the stage, namely A CENTRAL BANK, which would not serve the people, but private shareholders. All this can be read between the lines by “those who have eyes to see” – that there were forces, at least in part, behind the US Constitution that did not see to the good of the people, but which primarily served another, private, power. The primary tool of these dark forces at the time was Alexander Hamilton, who was to become America’s first Secretary of the Treasury. As early as 1791, Hamilton was the man behind America’s first central bank, “First Bank of the United States”, formally 80%privately owned, but in reality l00%private. From then on, money was something that was lent at interest by banks, ultimately by the central bank. This also applied to the state (government) itself, which had to adapt to these conditions in the form of the Treasury. It is fair to say that the US has been capitalist since February 25, 1791, when the first US central bank was chartered by Congress for the next 20 years, a central bank that only formally was ‘national’.

Today, after 224 years of uninterrupted capitalism/Central Bank economics in the US, it is perhaps appropriate to summarize a retrospective view of this socio-economic system. 224 years in a row should be enough to evaluate the system fairly. If the evaluation is based on the revolutionary ideals, have these ever been achieved during these 224 years? The answer is no. Not even during the boom years after World War II did the nation reach an all-inclusive prosperity like that of Franklin’s society. And what about American society today? American society has most likely never been more unequal or in debt than it is today, with widespread unemployment, poverty and widespread apathy. In fact, the American dream is the biggest myth of the capitalist system.

The question then is whether these gloomy findings can be altered in any way? Well, I guess many would agree that it more of the same (capitalism) will not provide a solution, considering 224 years of failure. Per Lundgren suggests in his trilogy ‘s Part III a new socio-economic system, in which the basics are borrowed from Henry I’s and Benjamin Franklin ́s tally systems. But the system has been significantly modernized by Per, including the addition of several “keys” based on, among other things, Per’s mathematical skills, in order for the system to work smoothly. Through these keys it is possible to achieve a thriving non-inflationary socio economic system that is beneficial for almost all people. But before any change can occur, people must not only come to the realization that the current system represents not only a huge problem, but actually constitutes a gigantic crime, but also AN UNDERSTANDING of why this is so. It is for this reason that Per Lundgren has written his trilogy.

The US Constitution is very cleverly written by highly talented people from different camps. This concerns primarily ARTICLE 1, SECTION 8, which regulates the Congressional powers. There are several LOOPHOLES in the Constitutional text, which have actually enabled the background powers of capitalism/Central Banking economics to gain today’s de facto stranglehold on the American nation. Per Lundgren also recognizes four possibilities, which he has chosen to call THE FOUR DOOR-OPENERS, which enable correction the current problems troubling capitalist America with stunning ease, including, with a stroke of the pen, coming to terms with America’s gargantuan debt, eliminating virtually all unemployment, a large proportion of crime as well as recovering the true meaning of “the American dream”. In other words, restoring Benjamin Franklin ́s good years in America and, nearly 250 years too late, realizing the ideals of the American Revolution. 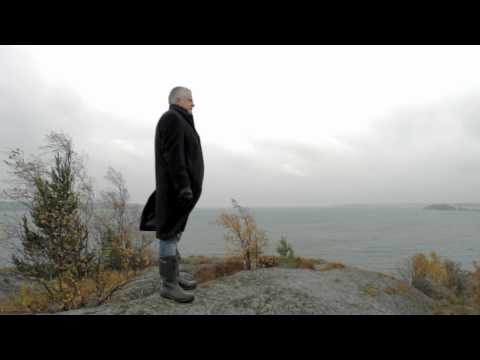